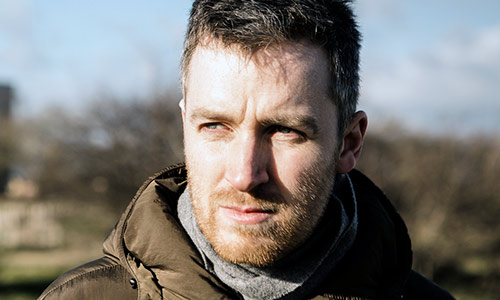 Noted for the integrity and breadth of his musicianship as soloist, chamber musician and recording artist, Richard Uttley has been recognised for his ‘musical intelligence and pristine facility’ (International Record Review), ‘amazing decisiveness’, and tumultuous performance’ (Daily Telegraph). His playing is frequently broadcast on BBC Radio 3 and has featured on BBC Two, BBC Four and Sky Arts. Richard won the British Contemporary Piano Competition in 2006 and was represented by Young Classical Artists Trust 2011-17.

Richard’s London debut, at the Southbank Centre’s Purcell Room in 2010, was described by The Times as a ‘brilliant recital’. Richard has since performed extensively as recitalist and concerto soloist, at venues including Bridgewater Hall, Cadogan Hall, Royal Festival Hall, Queen Elizabeth Hall and Wigmore Hall. He has released several solo recordings to critical acclaim, and in 2017 undertook a solo recital tour of ten cities in China.

Richard regularly collaborates with other leading instrumentalists. His recording with violinist Callum Smart, La Voix (Orchid Classics, 2016), was a Selected Recording in The Strad, and the pair subsequently performed in the Auditorium du Louvre and Konzerthaus Berlin. With trombonist Peter Moore, Richard has toured China and Columbia, and premiered works by Francisco Coll and Jack White. With clarinettist Mark Simpson, Richard has recorded for TV and radio, and this season premiered a work by Mark Bowden. In 2018 Richard performs frequently with violinist Savitri Grier, including at Wigmore Hall and in China.

Richard often commissions new music, and has appeared several times at Huddersfield Contemporary Music Festival. He recently won the eleventh Yvar Mikhashoff Trust Pianist/ Composer Commissioning Project Award with composer Kate Whitley – the first UK recipients of the award – who will be writing him a major new work for the 2018/19 season.

Richard is a contributor to Edition Peters’ Piano Masterworks series on the Tido Music iPad app, which includes films of him performing and giving tutorials on core piano repertoire. He also records for the Associated Board of the Royal Schools of Music’s Piano Syllabus CDs. He teaches in London at Guildhall School and City University.

Richard read Music at Clare College, Cambridge (graduating with a double first in 2008), and studied with Martin Roscoe at Guildhall School.