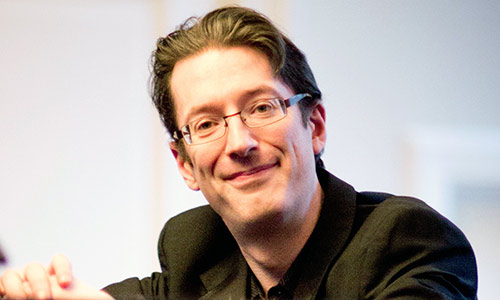 A regular performer in the Wigmore Hall’s main piano series, Williams has also appeared at the BBC Proms in London, Gilmore International Keyboard Festival in the USA, Piano aux Jacobins in Toulouse and the Edinburgh International Festival. He is a regular performer at the East Neuk Festival in Scotland, and is currently Artist-in-Association at the Royal Welsh College of Music and Drama and Artist-in-Residence at the Cowbridge Festival in Wales.

Williams is an acclaimed performer of Beethoven with several complete piano sonata cycles under his belt. Following a successful first cycle in Perth, Williams subsequently performed a complete cycle during an epic two-week marathon in Edinburgh that won him the prestigious South Bank Show Award. He later completed two cycles as a nine-recital project at the Wigmore Hall and the Royal Welsh College of Music & Drama in Cardiff between 2014 and 2017. In January 2017 he completed a successful collaboration with the Scottish Chamber Orchestra in performances of all five Beethoven piano concerti.

The 2017-18 season included US debuts at the Union College Concert Series and the Friends of Chamber Music, Kansas City, as well as his Russian debut in the Great Hall of the Moscow Conservatory and his debut with the Royal Philharmonic Orchestra. The season also included Williams’ return to the Newbury Spring and Swansea Festivals and marked the start of a five-recital exploration of late Schubert works at the Royal Welsh College of Music and Drama. The 2018-19 season sees Llŷr Williams opening the Southbank Centre’s International Piano Series, return invitations to Wigmore Hall and the Royal Philharmonic Orchestra, as well as his Canadian debut at the Salle Bourgie in Montreal.

Llŷr Williams’ eclectic taste is reflected in his discography. April 2018 saw the release of ‘Beethoven Unbound’, a 12-CD Box set of the Wigmore Hall Beethoven cycle, on Signum Records, which was BBC Music Magazine’s ‘Recording of the Month’ in August 2018. His previous critically acclaimed CD, Wagner Without Words (Signum, August 2014) reflects Williams’ intimate relationship with operatic music. Other recordings by Williams include two solo albums for Signum, as well as William Mathias’ second Piano Concerto with the BBC National Orchestra of Wales on Welsh label Tŷ Cerdd.

Born in Pentrebychan, North Wales, Llŷr Williams read music at The Queen’s College, Oxford and went on to take up a postgraduate scholarship at the Royal Academy of Music where he won every available prize and award. He is also an Honorary Fellow of the Royal Welsh College of Music and Drama, and in 2017 was awarded an Honorary Doctorate from the University of Wales. He was an active member of the Live Music Now! scheme for several years, was selected for the Young Concert Artists Trust in 2002. From 2003-2005 he was a BBC New Generation Artist and in 2004 received a Borletti-Buitoni Trust award.