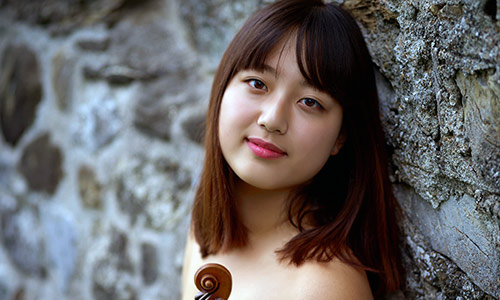 After finishing her studies at the Korea National Institute for the Gifted in Arts and the pre-college course of Korea National University of Arts in Seoul, she is currently studying at the Yehudi Menuhin School with Professor Lutsia lbragimova.

Future concert engagements for later this year include solo performances with Lithuanian National Symphonic Orchestra and the Barnet Symphony Orchestra. She has also given solo recitals in South Korea, England, Bulgaria, Romania, Germany, Switzerland, Holland, Belgium and Turkey, and performed at prestigious concert venues such as the Southbank Royal Festival Hall, Wigmore Hall in London and the Concertgebouw in Amsterdam.