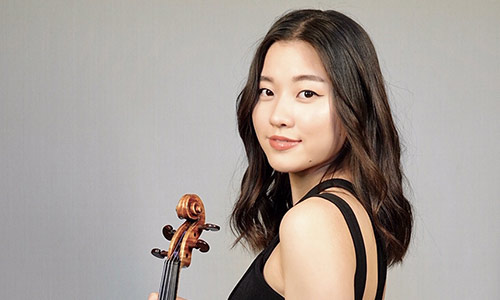 Coco was born in 2002 and began to play the violin when she was four years old. She became a pupil of Natasha Boyarsky when she was six, and in 2012 she was awarded a place at the Yehudi Menuhin School where she is currently studying with Lutsia Ibragimova. At the age of ten, Coco made her debut at the Cadogan Hall, London performing as a soloist with the Southbank Sinfonia. Along with numerous solo and chamber music performances at the YMS Menuhin Hall, Coco has performed and appeared in many international venues in the UK, Austria, Belgium, Canada, Germany, Italy, Japan, Netherland, Spain and Switzerland. After the success of BBC Young Musician 2020, Coco has signed an exclusive agreement with the Orchid Classics to record her debut album due to be released in 2021.