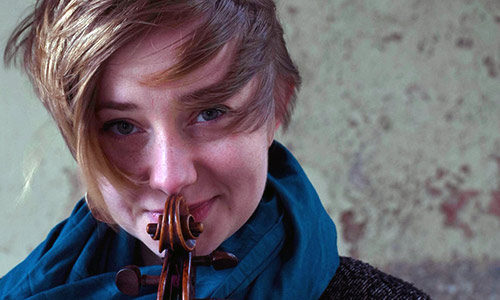 Having joined the Grammy award-winning Kremerata Baltica, a chamber orchestra of musicians from the Baltic states led by Gidon Kremer, Agata Daraškaite spends most of her time touring with this ensemble and has since visited Europe, the Middle East, the Far East, North and South Americas. While not on tour, Agata is a keen chamber musician and takes an active interest in historical performance. This has led to creating a string quartet (Consone Quartet) exploring the classical and early romantic repertoire on period instruments.

The quartet's success at the finals of the York Early Music International Young Artists Competition brought them the EUBO Development Trust prize and a place on the prestigious European Emerging Ensembles programme, led by the Centre Culturel de Rencontre d'Ambronay. The quartet also won the Royal Over-Seas League Ensemble Prize 2016.

At the age of 14, Agata moved to England to study at the Yehudi Menuhin School. Since then she has been performing solo and chamber music regularly across Europe and in the UK (Fairfield Halls, Wigmore Hall, Queen Elizabeth Hall, Cadogan Hall). In 2009 she performed solo (with Vladimir Jurowski conducting) at Queen Elizabeth Hall as part of the LPOs Between two worlds: Alfred Schnittke festival. In 2012 Agata won the RCM Concerto Competition and performed Berg's Violin Concerto with the RCM Symphony Orchestra with Edward Gardner conducting.

Throughout her education, Agata has had the privilege to study with professors U. Jagelaite, N. Boyarsky, I. Rashkovsky and L. Russell.

In July 2014 Agata completed her Masters Degree at RCM with distinction and two special prizes - the Jacqueline Ward Memorial Prize and the Queen Elizabeth The Queen Mother Rosebowl, which she received from HRH Prince Charles in 2015.