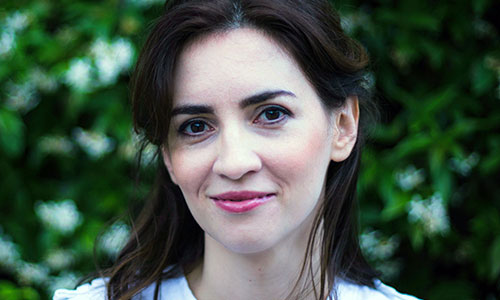 British pianist Ivana Gavrić created a sensation with her debut disc In the mists, winning BBC Music Magazine Newcomer of the Year for ‘playing of an altogether extraordinary calibre’. Her third disc of works by Grieg, also on Champs Hill Records, was selected as Editor’s Choice in Gramophone and noted for ‘an electrifying performance’ (BBC Music Magazine). The Grieg Society has voted the CD as its ‘Recording of the Year’.

Following her US solo debut, the Washington Post described Ivana’s playing as ‘impressive, insightful… a ravishing performance’. Ivana has been heard on the major concert platforms including the Wigmore Hall, the Barbican, Royal Albert Hall, Royal Festival Hall, KKL Lucerne, Gilmore Festival Rising Star Series, as well as across China, in Canada and Japan.

Attracting considerable praise for her interpretations of Janacek’s music in particular, Ivana has curated festivals dedicated to the composer’s solo and chamber works.

Also a dedicated chamber musician, Ivana performed with violinist Maxim Vengerov as part of Live Music Now, the outreach scheme established by the late Lord Menuhin. She has partnered colleagues on the concert platform in festivals in the UK and Europe, taken part in the IMS Prussia Cove Open Chamber Music Sessions and is an alumna of the Britten-Pears Young Artist Programme. Outside the concert hall she is featured playing Chopin and Beethoven in BBC2’s adaptation of The Line of Beauty, and Bach in Anthony Minghella’s film Breaking and Entering.

Born into a musical family in Sarajevo, and raised in the UK, Ivana studied at the University of Cambridge and at the Royal College of Music. Her teachers include Niel Immelman, Peter Bithell and James Gibb. Additionally, Ivana has had the opportunity to study with esteemed musicians such as Menahem Pressler, Ferenc Rados, Dmitry Bashkirov, Boris Berman, Stephen Kovacevich and Leif Ove Andsnes.

Ivana is indebted to the support of many trusts, including the Frankopan Fund (Sainsbury Family Charitable Trusts), the MBF, The Solti Foundation, The Nicholas Boas Trust, The Richard Carne Trust and the RVW Trust. Ivana is proud to be an Ambassador for the charity ‘Music Action International’.