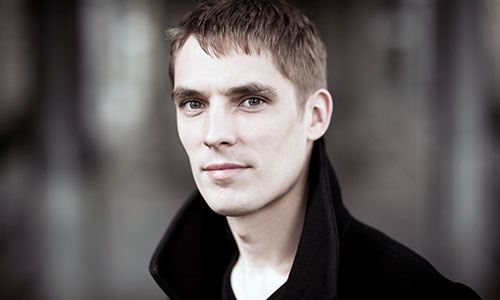 Highlights of the current season include return projects with the Cleveland Orchestra, Hong Kong Sinfonietta, Auckland Philharmonia, Tasmania Symphony, BBC Scottish Symphony and City of Birmingham Symphony Orchestras; and an extensive residency with the Orchestre de Bretagne which will see Cédric direct the orchestra from the piano in concertos by Mozart as well as concerto performances by Saint-Saens and Mendelssohn and a chamber project with the orchestral wind principals.

Cédric Tiberghien recently made his debut with the London Symphony Orchestra and his recital debut at the Vienna Konzerthaus and Kumho Art Hall in Seoul. This season he also looks forward to returning to London’s Wigmore Hall, Flagey in Brussels, the Beethoven Haus Bonn and Laeiszhalle in Hamburg.

During the 15/16 season, Cédric presented a major focus on the music of Bartok, culminating in a three-volume exploration of Bartok’s solo piano works for the Hyperion label which has been met with critical enthusiasm:

Cédric Tiberghien studied at the Paris Conservatoire with Frédéric Aguessy and Gérard Frémy and was awarded the Premier Prix in 1992, aged just 17. He was then a prize winner at several major international piano competitions (Bremen, Dublin, Tel Aviv, Geneva, Milan), culminating with the 1st Prize at the prestigious Long-Thibaud Competition in Paris in 1998, alongside with five special awards, including the Audience Award and the Orchestra Award.