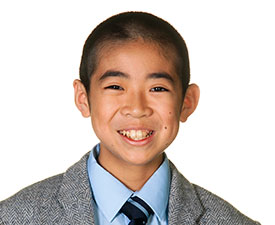 Harvey Lin is 15 years old. started his first piano lesson at seven years old. At nine years old, he was the youngest participant in the history of the BBC Young Musician of the Year to be selected to compete in this competition, and the youngest competitor ever to get through to the 2nd round.

Harvey has won numerous top awards at international and national piano competitions, including the 1st prize for the 5th Young Pianist of the North International Piano Competition, Newcastle, 2012;

In May 2014, Harvey won 1st prize in the very prestigious Emanuel Trophy Piano Competition, UK. In the same year, he was invited to perform in the Chopin Festival in Busko-Zdroj, Poland.
In February 2015, Harvey obtained his LRSM Diploma in Piano Performance, with distinction. In November, he was selected by the Lang Lang Music Foundation from over 300 applicants worldwide to attend the Lang Lang Junior Music Camp in Vienna for one week, also having a masterclass with Lang Lang himself. In December Harvey was selected to take part in the 16th Nutcracker Competition in Moscow, going through to the semi-final stage, ranking 5th place in the piano category overall. This competition was also broadcast on Russian TV. To add to Harvey’s success in 2015, he was also selected to go through to the Category Final in the BBC Young Musician 2016, leaving only 5 people left in the competition in the Keyboard category.
Outside his busy musical activities, Harvey also enjoys to study mathematics as well as playing chess and cricket. He has participated in the Junior and Intermediate Maths challenges, winning gold medals in both. In 2015, Harvey became a member of MENSA, the high IQ society. He would like to share his experiences with his friends.