"It was the most amazing experience in my entire life; I will never ever forget it", said one member as she left Breinton. Well, it pretty much summarizes the evening - pianist Piers Lane took us through a wonderful journey of Chopin's complete Nocturnes.

While some of Chopin's Nocturnes are well known and sound very familiar to our ears, many of his later works are rarely played. Yet these are the works that are truly beautiful and worthy of everyone's attention. We were privileged to listen to them all this evening, performed by the wonderful Piers Lane under candlelight.

As well as the music, Piers introduced the pieces with informative talks, which we really enjoyed. The nocturnes normally go in pairs or in threes. Piers played them in order of the 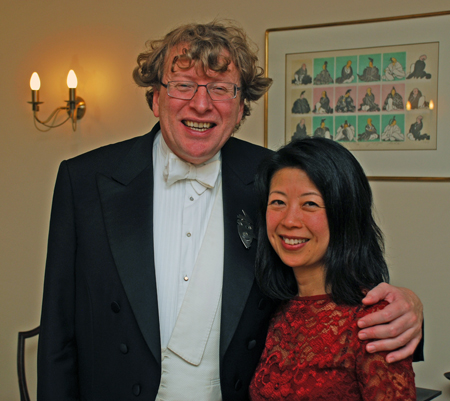 composition (except the last few pieces which were found after his death). The evening started with the three Nocturnes of Opus 9 that were composed between 1830 and 1832. The No. 2 in E flat major is a beautiful, dreamy nocturne and I believe one of the most well known of all nocturnes. Piers played this one in a different edition from that that is usually performed; he explained that Chopin kept changing his mind and that sometimes there were about 15 different versions, which gave publishers a big headache. Very interesting! This different interpretation, equally as beautiful as the original one if not more so, was refreshing to my ears.

Opus 15 No. 1, in F major, according to Piers is his signature nocturne. His names 'œChopin' and 'œFrederick' are spelled out in the piece, which I did not know! The first section, Andante Cantabile, suggested the vision of a peaceful hillside in the spring, and the thunderous second section that followed made such a contrast.

Chopin"s Nocturnes have a song-like melody in the right hand and broken chords on the left hand to accompany the beautiful melody. He was inspired by Italian operas, particularly the composer Bellini. Opus 27 No. 1 and No. 2 are wonderful examples of those beautiful vocal pieces. Piers pointed out that No. 1 ends with C sharp and No. 2 starts with D flat, and actually they are the same note. I think those two nocturnes were so emotional and beautiful beyond description.

Nocturne No. 1 of Opus 48 expresses Chopin"s deep sorrow. I am afraid his life could not be described as a happy one; it was rather sorrowful '“ full of pain, broken heart and illness. It is ironic that this unhappiness and pain created the most treasured music of all times. Amongst the later nocturnes, I particularly loved this one in E flat major. Such a beautiful right hand melody but intertwined with a left hand accompaniment '“ astonishing.

The ending to this journey was the Nocturne in C sharp minor 'œLento con espressione'. So delicate, so emotional.

Thank you so much, Piers, for this magical evening. It was a precious and pleasurable experience to be surrounded by the world of Chopin, listening to his wonderful interpretation of his nocturnes in an intimate room where we could almost hear and imagine every touch of keyboard (and, actually, even Piers" humming too!). Piers sensitivity and subtleness were heart felt. I also felt his passionate and dynamic side more in this programme than last year"s programme of Schubert.

We have received many comments and words of gratitude for this recital. It gives us great pleasure to open up our house to host these recitals. Every concert and every musician we invite are special. But what makes us feel particularly happy are our members" warm, positive comments. This feedback convinces us that we must keep going! 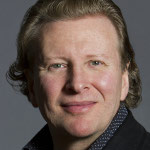 London-based Australian pianist Piers Lane has a flourishing international career, which has taken him to more than forty countries. In the summer of 2012, as part of his extensive tour of Australia, Piers Lane joined Hugh Wolff and the Sydney Symphony for the world premiere of Carl Vine's new piano concerto. He also performed Grieg's piano concerto with the Melbourne Symphony under Sir Andrew Davis, played concerts with the Goldner String Quartet and gave solo recitals in Perth and Sydney.

Highlights of the 2012/13 season include the European premiere of Carl Vine"s piano concerto with the London Philharmonic Orchestra under Vassily Sinaisky, his participation at the Sitka Summer Music Festival in Alaska, the El Paso Chamber Music Festival in Texas and the Storioni Festival in Holland, as well as a solo recital at Wigmore Hall and a collaboration with German tenor Markus SchÃ¤fer.

Highlights of the previous season include his performance of the monumental Piano Concerto by Busoni at Carnegie Hall, John Ireland"s concerto with the La Verdi Orchestra in Milan, as well as his appearance at the London Philharmonic"s Prokofiev Festival at the South Bank Centre, curated by Vladimir Jurowsky.

Piers Lane has been the Artistic Director of the Australian Festival of Chamber Music since 2007. He is also Artistic Director of the annual Myra Hess Day at the National Gallery in London. From this sprang his collaboration with actress Patricia Routledge on a theatre piece devised by Nigel Hess, exploring Dame Myra"s work throughout the Second World War. This show, entitled '?Admission: One Shilling', has been performed throughout the UK at many festivals and theatres.

His extensive discography includes, on the Hyperion label, much admired recordings of rare Romantic piano concertos, the complete Preludes and Etudes by Scriabin, transcriptions of Bach and Strauss, along with complete collections of concert etudes by Saint-Saens, Moscheles and Henselt, and transcriptions by Grainger. Recent releases include the Piano Quintets by Bloch, Bridge, Dvorak, Harty and Elgar, all with the Goldner String Quartet, d"Albert"s transcriptions of Bach organ works and a disc with clarinettist Michael Collins for Chandos. He has also recorded for the ABC Classics, BMG, Classics for Pleasure, Decca, EMI Eminence, Lyrita and Unicorn-Khanchana labels.

Piers Lane has written and presented over 100 programmes for BBC Radio 3, including the popular 54-part series, The Piano. He holds an Honorary Doctorate from Griffith University in Australia. He was recently presented with the first medal from the Laza Kostic fund for promoting Serbian culture during difficult political times in the late 90s.

In 1994, he was made an Honorary Member of the Royal Academy of Music, where he has been a Professor since 1989. He is Piano Ambassador for the Australian National Academy of Music, Patron of the European Piano Teachers" Association UK, the Old Granary Studio in Norfolk, the Tait Memorial Trust, the Youth Music Foundation of Australia and the Music Teachers" Association and the Accompanists" Guild in Queensland. He is a Trustee of the Hattori Foundation in London and Vice-President of Putney Music Club. In the Queen"s 2012 Birthday Honours Piers Lane was awarded an AO (Officer in the General Division of the Order of Australia), for distinguished service to the arts as pianist, mentor and organiser.