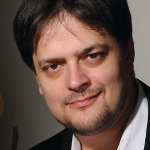 Described by The Strad as a 'Virtuoso with a truly Romantic temperament', Yuri Zhislin is one of the most versatile musicians of his generation. Equally at home on both violin and viola, Zhislin enjoys an active and illustrious career as a soloist and chamber musician, performing in his native Russia, as well as Eastern and Western Europe, the United States, South America, Japan, Australia and New Zealand. His performances have taken him to nearly 60 countries around the globe.

Acknowledged by critics for his easily recognasible, distinct and warm tone, Zhislin collaborated with Maria Joao Pires, Dmitry Sitkovetsky, Natalie Clein, Levon Chilingirian and Michael Collins among many others.

Winner of the 'BBC Radio Two Young Musician of the Year' in 1993, Yuri studied at the Royal College of Music in London and has performed in major concert venues across Europe, including the Wigmore Hall, Queen Elizabeth Hall and Kings Place in London, Het Concertgebouw in Amsterdam, Salle Cortot and Salle Gaveau in Paris, Stadcasino in Basel and Kolarac in Belgrade.

Zhislin recorded his debut recital CD with a brilliant Greek pianist George Lazaridis in 2005 for the SOMM label, which received rave reviews in the media.

Together with his wife, an outstanding Russian violinist Natalia Lomeiko, Yuri toured the UK, Japan, Australia and New Zealand and recorded a critically acclaimed CD for Naxos in 2009. Lomeiko and Zhislin were invited to perform the Mozart Sinfonia Concertante for two consecutive seasons in Brisbane, Australia, as part of the Master Concert Series.

In 2004, Yuri formed the Russian Virtuosi of Europe - a highly versatile and vibrant chamber orchestra that brings together some of the best string players from Eastern Europe that are now based in London. The Virtuosi performed in London, Paris and Zurich, toured South America and took part in numerous festivals throughout Europe. Future plans include concerts in Russia, a return South America tour and several concerts at major London venues.

Zhislin was an Artistic Director of the Evaristo Valle Festival in Spain between 2000 - 2005.

Yuri is a professor of violin and viola at the Royal College of Music and is in high demand as a visiting professor giving master classes in Conservatorio de Liceo in Barcelona and Classes Magistrales in Leon, Spain, Malmo Academy in Sweden, as well as in Bulgaria, Holland, Japan and Australia.

"Yuri Zhislin's playing was full of warmth and entrancing stylistic verity that helped coax the dramatic contrasts of the Finale, where a highly charged climax exploded into the auditorium." Musical Opinion, February 2003

"Zhislin played the Elgar Concerto with passion.... This is a violinist with great sensitivity, inner warmth and love for music." Lublin Courier, Poland. September 2003