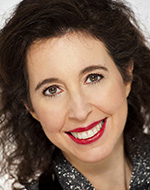 Angela Hewitt is a phenomenal artist who has established herself at the highest level over the last few years not least through her superb, award-winning recordings for Hyperion. Completed in 2005, her eleven-year project to record all the major keyboard works of Bach has been described as "one of the record glories of our age" (The Sunday Times) and has won her a huge following. She has been hailed as "the pre-eminent Bach pianist of our time" (The Guardian) and "nothing less than the pianist who will define Bach performance on the piano for years to come" (Stereophile). She has a vast repertoire ranging from Couperin to the contemporary. Her discography also includes CDs of Granados, Beethoven, Schumann, Rameau, Chabrier, Olivier Messiaen, the complete solo works of Ravel, the complete Chopin Nocturnes and Impromptus, a Handel/Haydn album, and three discs devoted to the music of Couperin. Her recordings of the complete solo keyboard concertos of J.S. Bach with the Australian Chamber Orchestra entered the billboard charts in the U.S.A. only weeks after their release, and were named Record of the Month in Gramophone magazine. A cycle of Mozart Concertos has begun, the first of which  features the Orchestra da Camera di Mantova. In 2012 Hyperion released her recording of solo works of Debussy, as well as the works for piano and orchestra by Robert Schumann in which she is partnered by the Deutsche-Sinfonie-Orchestra conducted by Hannu Lintu.

Angela Hewitt has performed throughout North America and Europe as well as in Japan, Australia, Singapore, New Zealand, Israel, China, Mexico, Turkey and the former Soviet Union. Highlights of recent seasons include her debuts in Carnegie Hall, the Concertgebouw and with the Cleveland Orchestra, as well as a North American tour with the Australian Chamber Orchestra. Her recitals have taken her to the festivals of Edinburgh, Osaka, Prague, Hong Kong, Schleswig-Holstein, Brescia/Bergamo, and Oslo to name but a few. Her frequent Wigmore Hall and Royal Festival Hall recitals in London sell out months in advance. As a chamber musician she has joined international artists at Lincoln Center in New York and in the Queen Elizabeth Hall, London. With cellist Daniel Mueller-Schott she recorded the Bach Gamba Sonatas for Orfeo, and the complete works of Beethoven for Hyperion. With flautist Andrea Oliva, she recently recorded the Bach Flute Sonatas for Hyperion.

Angela Hewitt"s entire 2007-2008 season was devoted to performances of the complete Bach Well-Tempered Clavier in major cities all over the world, including London (Royal Festival Hall), New York (Carnegie Hall), Los Angeles, Berkeley, Portland, Vancouver, Denver, Ottawa, Toronto, Mexico City, Bogota, Singapore, Tokyo, Seoul, Macao, Sydney, Melbourne, Warsaw, Milan, Lisbon, Venice, Bilbao, Zurich, Stuttgart, Glasgow, Pretoria, and Hong Kong. A special DVD lecture-recital entitled "Bach Performance on the Piano" was released by Hyperion to co-incide with the tour. Before the end of the tour, she re-recorded the work which was released by Hyperion in 2009 to great critical acclaim from around the world.

In July 2005, Angela Hewitt launched her own Trasimeno Music Festival in the heart of Umbria near Perugia. Now an annual event, it draws an international audience to the Castle of the Knights of Malta in Magione, on the shores of Lake Trasimeno. Seven concerts in seven days feature Hewitt as a recitalist, chamber musician, song accompanist, and conductor, working with both established and young artists of her choosing.

Born into a musical family (her father was the Cathedral organist in Ottawa, Canada) Angela Hewitt began her piano studies aged three, performing in public at four and a year later winning her first scholarship. During her formative years, she also studied violin, recorder, and classical ballet. At nine she gave her first recital at Toronto"s Royal Conservatory of Music where she later studied. She then went on to learn with French pianist, Jean-Paul Sévilla, at the University of Ottawa. She won First Prize in Italy"s Viotti Competition (1978) and was a top prizewinner in the International Bach competitions of Leipzig and Washington D.C. as well as the Schumann Competition in Zwickau, the Casadesus Competition in Cleveland and the Dino Ciani Competition at La Scala, Milan. In 1985 she won the Toronto International Bach Piano Competition.

Angela Hewitt was named Gramophone Artist of the Year in 2006. She was awarded the first ever BBC Radio 3 Listener"s Award (Royal Philharmonic Society Awards) in 2003. She was made an Officer of the Order of Canada in 2000, and is a fellow of the Royal Society of Canada. She was awarded an OBE in the Queen"s Birthday Honours in 2006. She has lived in London since 1985 but also has homes in Ottawa, Canada and Umbria, Italy.