Review of Menuhin Competition Fundraiser with Kerson Leong & Gordon Back

Gordon Back knew straight away, as he heard the first few bars of Brahms Sonata in G, that Kerson Leong was going to win the Junior First Prize at the Menuhin Competition in Oslo in 2010. As the Artistic Director who has heard thousands of talented young violinists, Gordon’s comment came across very convincingly. And now, after Saturday’s concert at Breinton, we all know Kerson is an exceptional performer.

The first half of the programme comprised of two works by Brahms, the composer Kerson feels closest to his heart. The opening piece, Scherzo in C minor, fired up sparks and grabbed the audience’s attention firmly. The Sonata in D minor was affectionate, mature, and utterly beautiful. The sound he made out of his gorgeous Stradivarius glided seamlessly and effortlessly before penetrating and settling into our senses. Andante, the 2nd movement of the Sonata, was performed with such refined tones which directly touched our core and was so lyrical and nostalgic.

Debussy’s mysterious Sonata opened the second half. It was a thrilling performance with an astonishing range of sounds. Kerson himself pointed out that sometimes it did not sound like a violin, but rather like an Asian wind instrument. It was a true collaboration of the two instruments, interweaving with each other. I loved the sophistication and high sense of rhythm demonstrated by both performers.

In a change of programme, Bartok’s Romanian Folk Dances were sadly omitted. But the great news was that they were replaced by Ysaye’s solo violin Sonata No. 3 'Ballade'. It was a shivering experience; much more than showing off his flawless technicality (which on its own was so impressive with endless double-stops), it had an effective depth and breath, and emotional surge.

Kreisler’s Liebesfreud and Liebesleid followed; they lightened, freshened and changed the mood completely. Then they moved onto Sarasate’s Introduction and Tarantella. The heart melting Introduction followed by the playful fast-tempo Tarantella was received with more than enthusiasm by this stage. Of course, the audience would not let him go, demanding to hear more, to which Kerson responded with another Kreisler’s piece Tambourine Chinois.

What an amazing evening, and did everyone notice that he played the entire concert from memory?

And how can we describe the success of this concert without mentioning Gordon? A distinguished pianist and accompanist before becoming Artistic Director of the Competition, he seemed to know what Kerson wanted to do and how he wanted to perform, and kept the impeccable timing and balance throughout.

There were quite a few children in the audience, including some who play the violin. For them this concert was an inspiring event. The bi-annual Menuhin Competition discovers, nurtures, supports and helps young talents of the highest quality. We look forward to the event packed ten days in April 2016.

About the Menuhin Competition London 2016

The Menuhin Competition is the world's most prestigious competition for exceptionally talented young violinists under the age ot 22. To celebrate the centenary of Yehudi Menuhin's birth, the Competition will return to London for the first time since 2004.

The centenary event will take place in partnership with some of the UK’s leading music organisations:  hosted by the Royal Academy of Music and in partnership with the Philharmonia Orchestra, Southbank Centre, the Yehudi Menuhin School and the National Youth Orchestra of Great Britain and Live Music Now.

Yehudi Menuhin lived much of his life in Britain, holding British citizenship and receiving a peerage as Baron Menuhin of Stoke d'Abernon in 1993. One of the greatest violinists of the 20th century, Menuhin left an amazing legacy particularly in the field of music education. To honour and celebrate his life and legacy, the Menuhin Competition Trust 2016 will stage a 11-day festival of events and concerts in London 2016.

The Menuhin Competition London 2016 and the Menuhin Centenary Celebrations will be held from 7 - 17 April 2016.  Visit www.menuhincompetition.org for more information. 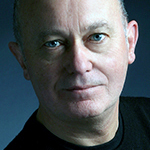 Gordon Back's distinguished career as a pianist has taken him to many continents of the world. His international reputation was established in 1978 when he played with Dong-Suk Kang in Alice Tully Hall, New York, to great critical acclaim. Since then he has travelled extensively throughout Europe, Russia, U.S.A., Japan, Korea, China, Malaysia, Singapore and of course, Great Britain, performing and recording with artists such as Yehudi Menuhin, Nathan Milstein, Maxim Vengerov, Aaron Rosand, Josef Suk, Sarah Chang, Yo Yo Ma, Ko Iwasaki, Leonidas Kavakos and the Cleveland Quartet.

Gordon Back was born in Wales and studied piano and viola at the Royal Northern College of Music in Manchester. He was awarded the Lady Grace James Scholarship, which enabled him to take up his post-graduate studies in Italy, studying with Guido Agosti and Sergio Lorenzi. 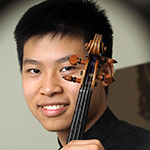 Kerson Leong gained international recognition in 2010 at the age of 13 when he won the Junior First Prize at the Menuhin Competition in Oslo.  He recently won the Young Soloist Prize 2015 of the Radios Francophones Publiques.  He is also the First Prize winner of the Stepping Stone 2014 and a five time Grand Prize winner (2005-2009) at the Canadian Music Competition. In 2013, he won the National Arts Centre Orchestra Bursary Competition, as well as First Prize at the 2013 OSM Standard Life Competition.  Kerson has been named Revelation Radio-Canada 2014-2015 for classical music.

He has appeared as soloist around the world with such ensembles as the Vienna Chamber Orchestra, the Oslo Philharmonic, I Solisti Veneti, the Toronto Symphony Orchestra, l’Orchestre Métropolitain, and the National Arts Centre Orchestra.