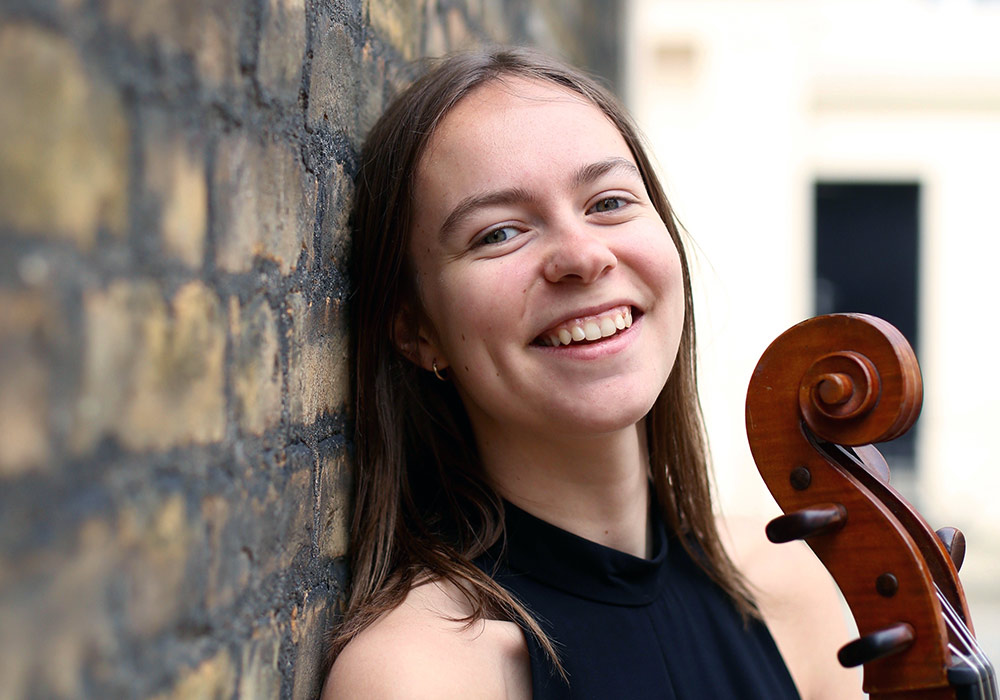 Regrettably, we have taken the decision to postpone this recital until later this year in light of the current environment.

Laura MacDonald is a local cellist based in Woking who has been performing in concerts and participating in music festivals in and around Surrey from a young age. Now a 3rd-year undergraduate scholar at the Royal Academy of Music, Laura studies under the guidance of Felix Schmidt. Laura has received masterclasses by renowned cellists Steven Isserlis, Raphael Wallfisch, Alexander Baillie and Colin Carr. As a former member of the National Youth Orchestra and National Children’s Orchestra, Laura has played at many of the UK’s major concert halls. Laura is a passionate and dedicated chamber musician. Her piano trio, the Torridon Trio, formed with fellow Royal Academy students, has an active performing schedule.

Laura MacDonald is a final year undergraduate scholar at the Royal Academy of Music studying with Felix Schmidt. She previously studied at the Royal College of Music Junior Department with Michal Kaznowski. A former member of the National Youth Orchestra (NYO), the National Children’s Orchestras, she has played at many of the UK’s major concert halls. More recently she performed as part of the BBC Proms Youth Ensemble at the Last Night of the Proms 2016. Laura is also a passionate chamber musician having attended Pro Corda chamber music school from a young age which included performances at the Wigmore Hall. More recently she has formed a piano trio, the Torridon Trio, with fellow Academy students.