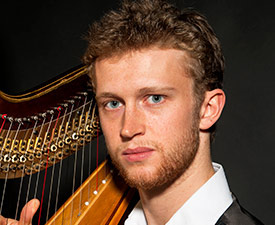 Oliver Wass holds a First Class Masters Degree from the Guildhall School of Music & Drama, where he studied with Imogen Barford. He graduated from the University of York with a First Class Honours degree in Chemistry.