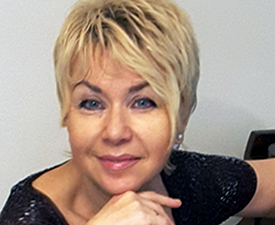 Irina Andrievsky was born in Upha, Russia. She received her first piano lessons at the age of seven, winning first prize in the Ufa piano competition at the age of 10. At the age of 11 she went to Moscow to study at the Central Music School for Specially Gifted Children, a branch of the Tchaikovsky Conservatory, where she would later graduate with distinction and receive her doctorate. Among her teachers were Professors E. Malinin, L. Timofeeva and M. Mijlumoff. She was among the winners of International Piano Competitions in Italy. In 1991 Irina immigrated to Israel and continued her music career, mainly performing solo recitals and chamber music. She performed in the "Radio France and Montpellier" Festival in France, as well as other prestigious Chamber Music Festivals worldwide. For the past 14 years Andrievsky has developed an impressive career as a piano teacher in Israel, raising a generation of promising young pianists, until she moved to England. 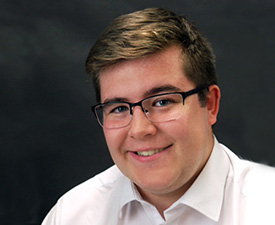 James Cobb is an 18-year-old tenor from the Woking area. He studies with Veronica Veysey-Campbell at the Royal College of Music Junior Department. As well as performing as a soloist, James sings in various choirs. He is a member of the National Youth Training Choir of Great Britain and has sung with them at many locations and performed solos at Tonbridge Chapel and Truro Cathedral. James is in his final year at Reed's School Cobham, where he is an academic and music scholar. With the school choir, James has performed at the Royal Festival Hall, St. Paul's Cathedral and St. John's Smith Square. In 2015/2016, James won the "Most Promising Young Singer" award at the Woking Music Festival and also won a summer school bursary from the committee. The bursary allowed James to attend a vocal course in Aberystwyth which is offered by invitation only. Here James had lessons with singers of all ages and at different stages of their careers which he found inspirational. 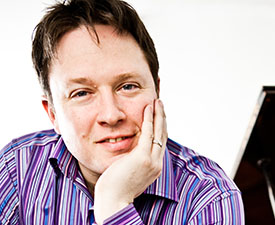 Martin Cousin is now regarded as one of the most exceptional pianists of his generation, having been awarded 1st Prize at the 2005 Ettore Pozzoli International Piano Competition (Seregno, Italy) and Gold Medal at the 2003 Royal Over-Seas League Music Competition (London).

Martin has appeared regularly in the major British musical venues since graduating from the Royal College of Music, making his London solo debut at the Purcell Room in 1998. Numerous solo recitals followed, notably at the Wigmore Hall in 2001 and 2005.He has performed as concerto soloist with the London Philharmonic, Halle, Royal Philharmonic, Philharmonia and BBC Concert Orchestras. Performances further afield have included tours of New Zealand, the US, Italy and concerts in Stockholm, Brussels, Toronto, Tokyo, Berne and The Hague. 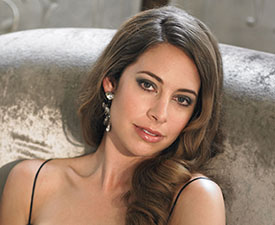 Twice GRAMMY-nominated Amy Dickson made history by becoming the first saxophonist and the first Australian to win a Classic Brit Award, as 2013 MasterCard Breakthrough Artist of the Year. This followed the release of her third album, Dusk and Dawn, which attained the coveted No. 1 position in the UK Classical Album Charts. In January 2016 Amy Dickson was named Young Australian of the Year in the UK. She was also a Judge of the BBC Young Musician 2016 Final. Recognised widely for her remarkable, distinctive tone and exceptional musicality, Gramophone has described her as “a player with a difference who has an individual and unusual tone, luscious, silky-smooth, sultry and voluptuous by turns; her phrasing is beautifully finished, her control of dynamic infinitely subtle.” 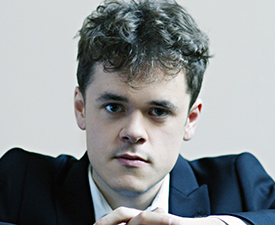 British pianist Benjamin Grosvenor is internationally recognized for his electrifying performances and insightful interpretations. His virtuosic command over the most strenuous technical complexities underpins the remarkable depth and understanding of his musicianship. Benjamin is renowned for his distinctive sound, described as ‘poetic and gently ironic, brilliant yet clear-minded, intelligent but not without humour, all translated through a beautifully clear and singing touch’ (The Independent) making him one of the most sought-after young pianists in the world.

Benjamin first came to prominence as the outstanding winner of the Keyboard Final of the 2004 BBC Young Musician Competition at the age of eleven. 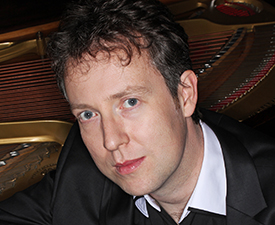 Sam Haywood has performed to critical acclaim in many of the world’s major concert halls.  He embraces a wide spectrum of the piano repertoire and is equally at home as a soloist, chamber musician or with accompanying Lieder. He has had a regular duo partnership with Joshua Bell since 2010 and also often performs with cellist Steven Isserlis.

He has recorded two solo albums for Hyperion, one featuring the piano music of Julius Isserlis (grandfather of Steven Isserlis) and the other Charles Villiers Stanford’s preludes. He is passionate about period instruments and has made a recording on Chopin’s own Pleyel piano. 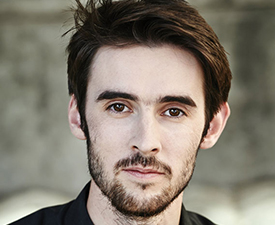 Philip Higham has been described as ‘possessing that rare combination of refined technique with subtle and expressive musicianship… all the qualities of a world-class artist’ (The Strad), and has been praised for his ‘expansive but tender playing’ (Gramophone). It is these qualities that distinguish him as one of the most prominent young cellists from the UK.

Already in high demand, in recent months Philip has appeared as soloist with the Philharmonia Orchestra, the Hallé Orchestra at Bridgewater Hall (broadcast by BBC Radio 3), the Royal Northern Sinfonia and Bournemouth Symphony Orchestra. He has given recitals at the Wigmore Hall, St. John’s Smith Square, Brighton Festival, the City of London Festival, Gower Festival and Lichfield Festival, and further afield in Germany and Istanbul. 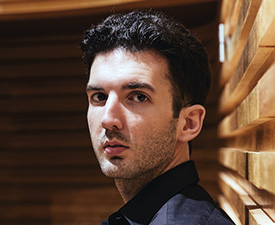 Emmanuel Despax is establishing himself as an artist whose interpretations bring a rare sincerity and imagination to the music. He performs internationally and is regularly broadcast on many radio stations including France Musique, BBC Radio 3 and Medici TV. Recent highlights include recitals in Paris, Amsterdam and a performance of three piano concertos at Cadogan Hall. This concert was recorded live and released on the Signum Classics label. "Emmanuel Despax is a formidable talent, fleet of finger, elegant of phrase and a true keyboard colourist." (Gramophone). Despax is also a regular performer at London’s Wigmore Hall.

In his native France he has appeared in prestigious venues such as Paris’ Salle Gaveau, the Louvre auditorium and the Festival International des Nuits Pianistiques in Aix-en-Provence. Elsewhere in Europe he has given recitals at the Fazioli Auditorium in Italy, the Gasteig Blackbox in Munich and the Palais des Beaux Arts in Belgium. 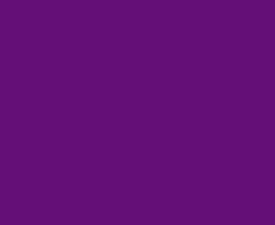 Sophie Kauer is 15, lives in Godalming and is a Year 10 Music Scholar at Guildford High School. She began cello lessons at 8 and achieved her Grade 8 Distinction aged 11. She attends the Junior Department of the Royal Academy of Music where she won the 2015 Junior Lower Strings Prize and is currently Principal Cello of the Sinfonia. Sophie recently became a private pupil of Melissa Phelps and Maria Zachariadou.

Recent highlights have included being chosen by Guy Johnston as the winner of the ‘Musicale Search for a Cello Soloist’ competition and making her debut as a soloist with orchestra at the 2015 Harpenden Music Festival. She was also the recipient of the 2016 Guildford Spring Music Festival Bursary for musical promise and was offered a scholarship to attend the 2016 Astona International Summer Music Academy in Switzerland. 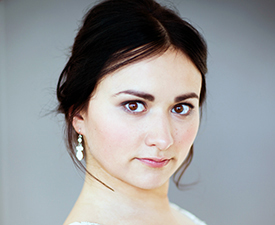 Pianist Dinara Klinton was born in Ukraine and has recently completed the Artist Diploma in Performance course at the Royal College of Music where she was under the tutelage of Dina Parakhina. Prior to this, she was awarded a Master of Performance degree with distinction at the RCM. Upon graduating from the Moscow Central Music School, where she studied with Valery Pyasetsky, she went on her Graduate Diploma with Honors at the Moscow State Conservatory, where she worked with Eliso Virsaladze. 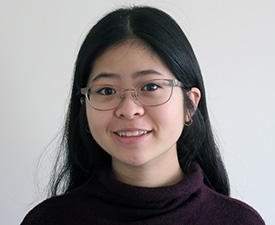 She also participated in the Woking Young Musician of the Year 2016 Competition.

Amber enjoys visiting museums and art galleries. She hopes to study History of Art at university. 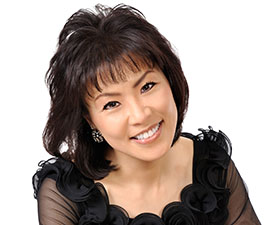 Noriko Ogawa has achieved considerable renown throughout the world since her success at the Leeds International Piano Competition. Noriko’s “ravishingly poetic playing” (Telegraph) sets her apart from her contemporaries and acclaim for her complete Debussy series with BIS Records (“If you like your Debussy to sound like the musical equivalent of a chilled white wine, Noriko Ogawa is the pianist for you” Roger Vignoles, BBC Radio 3, CD Review), confirms her as a fine Debussy specialist, and her Images Book I and II were chosen as the top recommendation ‘exquisite delicacy’ by Stephen Walsh, BBC Radio 3’s CD Review, January 2014. Noriko’s next recording for BIS records is of solo piano music by Eric Satie. 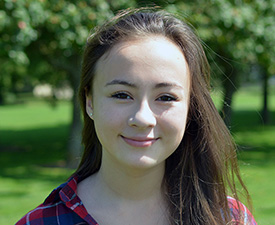 Hanae O'Neil began playing the violin at age 8 and took to it straightaway. While developing her abilities on the violin, Hanae participated in many local music festivals at Charterhouse, Godalming, Farnham and Woking. These provided valuable opportunities to develop her performing skills. She also joined Guildford Cathedral choir. Singing in regular services and performances (often with little time to prepare!) helped Hanae to develop not only her sight reading ability, but also the expression and emotion that she can use instrumentally. 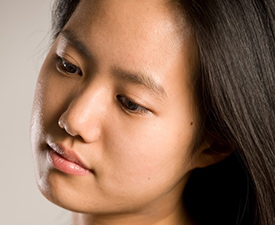 Described by Strad Magazine as “exuberant… seductive… bravura and oodles of personality” Korean-born British violinist Joo Yeon Sir is winner of the prestigious The Arts Club Karl Jenkins Classical Music Award 2014 in association with Classic FM, and the Royal College of Music’s President’s Award presented by HRH the Prince of Wales. She has performed at Royal Albert Hall with Royal Philharmonic Orchestra and Sir Karl Jenkins, Wigmore Hall, Manchester Bridgewater Hall, Fairfield Halls, and at St. James’s Palace for HRH The Prince of Wales.

In 2006, aged sixteen, Joo Yeon was overall Grand Prix Laureate at the Nedyalka Simeonova International Violin Competition in Bulgaria, where her gala performance was broadcast on Bulgarian National Radio. Since then, she has been recipient of Royal Philharmonic Society Emily Anderson Award, and selected for Making Music Philip & Dorothy Green Award for Young Concert Artists and Tillett Trust Young Concert Artist Platform. 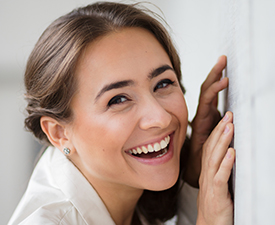 Anna Tsybuleva was born in 1990 and grew up in the small scientific town of Nizhny Arkhyz (Karachay-Cherkess Republic, Russia). She started piano studies at the age of six, and her first piano teacher was her mother, Svetlana Tsybuleva. From 2000 to 2003 she studied at the Shostakovich Music School in Volgodonsk (Russia) in the class of Elena Vorobyova. From 2003 to 2009 Anna continued her music education at the Moscow Central Music School in the piano class of Professor Ludmila Roschina. From 2009 to 2014 she studied with the same teacher at the Moscow State Conservatory and graduated with top honours and “the best student 2014” award. At present Anna Tsybuleva is a post-graduate student at the Moscow Conservatory, while also studying at the Basel Music Academy with professor Claudio Martinez Mehner. 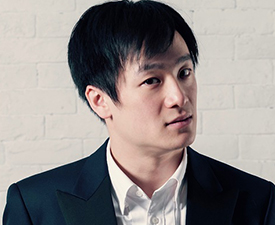 Chiyan Wong has been astonishing audiences with not just the sincerity and sheer authority of his playing, but is also fêted by critics and colleagues as a pianist who is, in the words of British pianist Stephen Hough, "exciting, original and thoughtful". Recognised by the Dutch newspaper Trouw as “possessing remarkable sophistication in his piano playing” at the age of 15 and by Korean pianist Kun-Woo Paik for having a rare “sincerity as a person which he applies to his music-making”, Wong made his Asian debut at the Hong Kong Arts Festival in March 2010. In the same year he made his debut in France at the International Music Festival in Dinard at the invitation of Paik. He was invited twice to perform for the Liszt Society of London in 2010 and 2011. In the 2010-2011 season, he gave a 15-concert recital tour in Germany. He was invited to return to Hong Kong in December 2011 to give a Liszt recital sponsored by the Radio Television Hong Kong Corporation as part of the city's celebration of the composer's bicentenary, which was broadcast live.