I cannot begin to describe how pleasurable this evening's recital was. Cellist Guy Johnston and pianist Alasdair Beatson delighted the audience with a programme packed with musical gems which encompassed a wide range of periods from baroque, classic, romantic to contemporary.

The duo's partnership was undoubtedly strong; they showed impeccable timing, harboured expressive and emotional surges as if they were on the same wavelength, and maintained an excellent and effective balance between the instruments -  sometimes one instrument surfacing over the other, but always supporting and complementing each other. Guy is not  a 'showy' performer; rather, he is cool, analytical, and, in every respect, very persuasive. As for Alasdair, he is a born chamber musician (as well as an excellent soloist), who takes a sympathetic and collaborative approach to cater for every need. No wonder many instrumentalists want to play with him.

Bach's Gamba Sonata was charming and tasteful. The warm and sweet tones of the cello and piano felt so agreeable; in various places there were passages where we heard particularly long and sustained cello notes (Guy is a genius at this technique) while the piano part danced around. It was absolutely lovely. The third movement, despite being very short, was tremendously moving, particularly when this minor movement temporarily changed into a major tone.

The dramatic Beethoven's Sonata in G minor changed the ambiance completely. It was poignantly performed with many mood changes and overflowing sentiment. Again, Guy and Alasdair's playing was convincing, powerful and fiery but never forgot playfulness. At times, the low notes from Guy's cello were thundery and earth-shaking; in our small-sized recital room we could really feel them! Alasdair's piano had such clarity.

For many in the audience people, James MacMillan's Kiss on Wood was a new piece, but many reported they loved it. It was intriguing and fascinating; Guy and Alasdair brought intense feelings and extraordinary power. The striking opening bars were hauntingly beautiful. The piece closed in absolute silence when the diminishing piano notes got quieter and quieter, and finally stopped. We all held our breath not to make even the slightest breathing noise!

Mendelsshon's uplifting Cello Sonata No. 2 concluded the evening. The opening theme, which was tossed between the two instruments, was so catchy it is actually still playing in my head as I write this. As the programme note describes, it was passionate and potent, and their masterful performance left us in good spirit!

The combination of the two outstanding musicians, a most exciting and versatile cellist and the most sought-after chamber musician pianist, was like a dream-come-true. One of the attendees said, "Don't Alasdair and Guy complement each other well? Their respect and warmth for each other shone through and they captivated their audience. A great programme and great musicianship."

My pursuit of musicians, in search of fabulous talent like Guy and Alasdair, will never end! 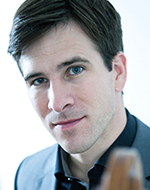 Guy Johnston is one of the most exciting and versatile British cellists of his generation. He has made many important debuts including at the First Night of the BBC Proms playing the Elgar Concerto with the BBC Symphony Orchestra/Slatkin, the Brahms Double Concerto in the Philharmonie with the DSO Berlin/Valchua, Tchaikovsky Rococo Variations with the St. 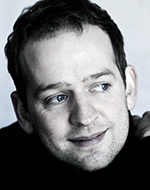 Pianist Alasdair Beatson is highly regarded as a distinctive and vibrant musician.  Highlights of the 12/13 season include appearances as soloist with Britten Sinfonia, the Royal Scottish National Orchestra and the Scottish Chamber Orchestra, solo recitals in Glasgow's The Piano Festival and Bath's Mozartfest, and a BBC 3 Radio 3 recital live from Wigmore Hall with Natalie